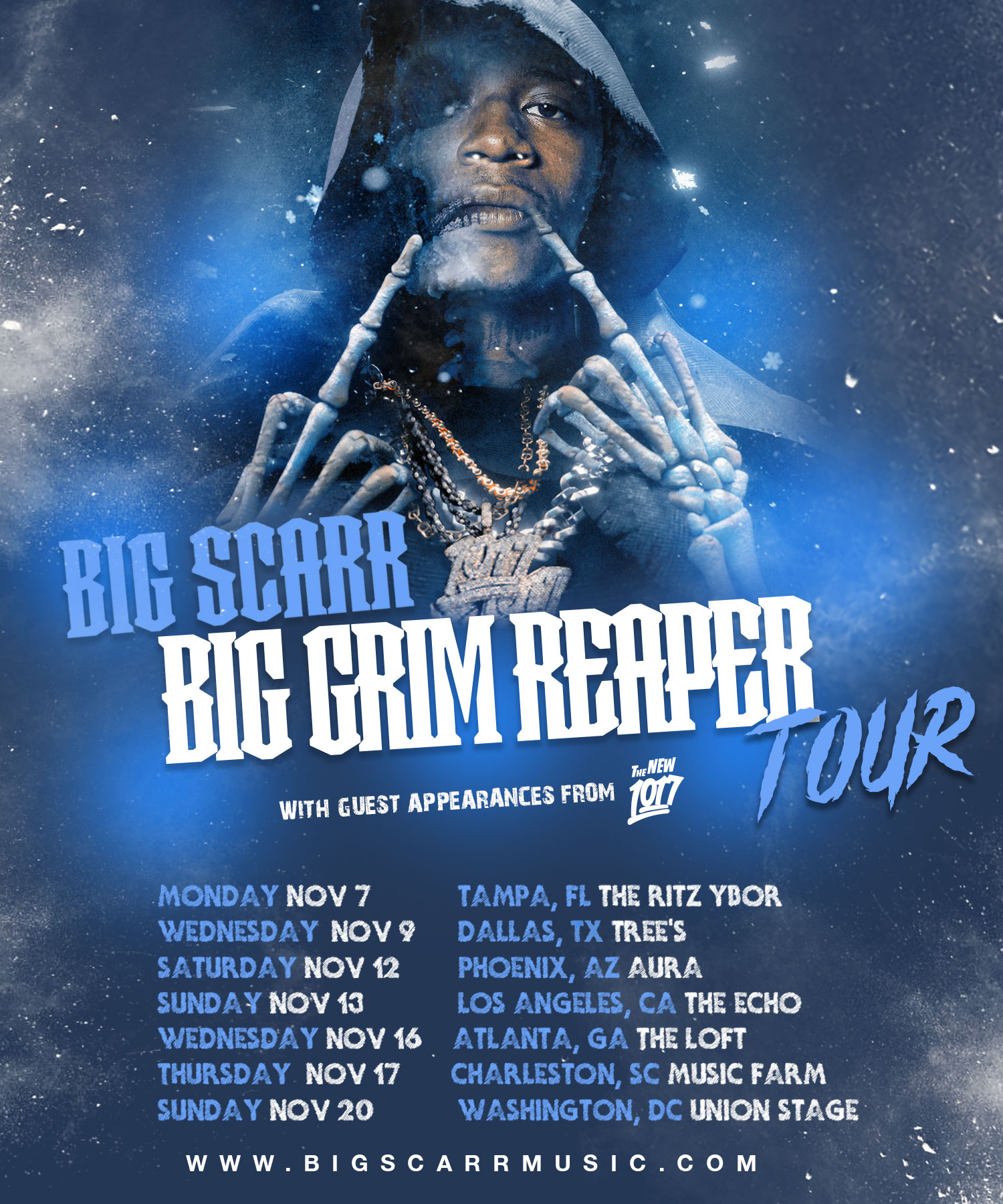 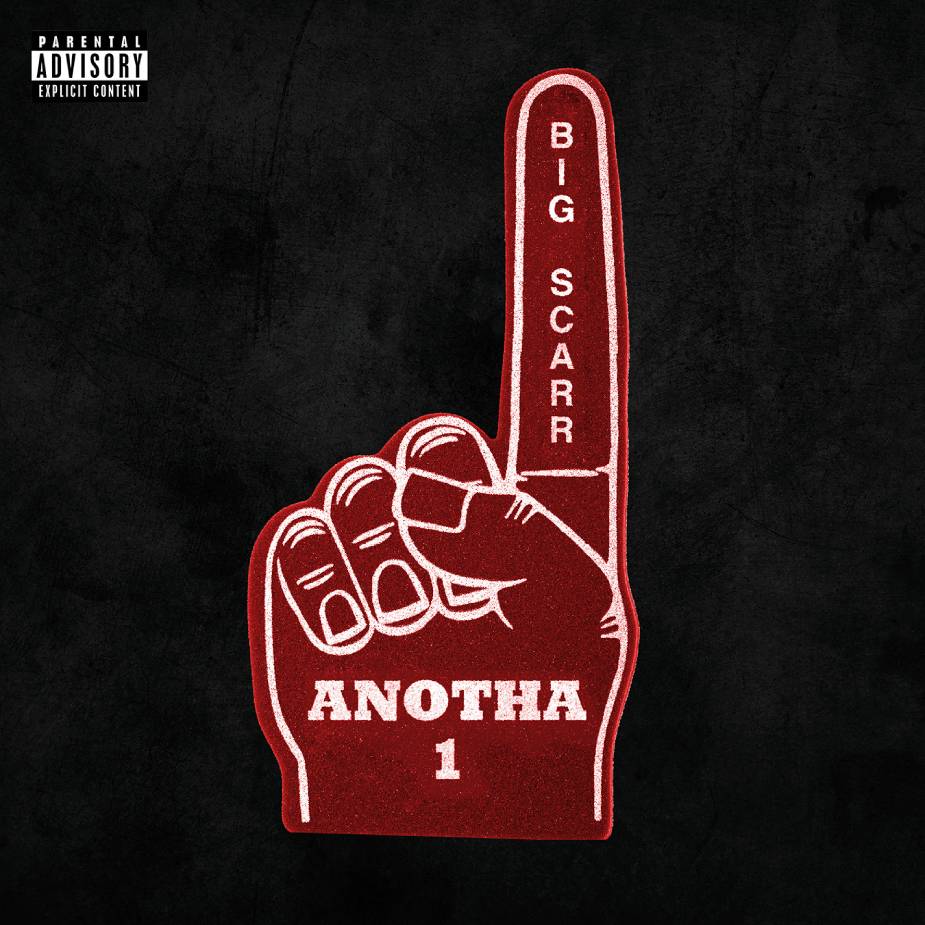 ANOTHA 1
GET IT NOW
MUSIC

ANOTHA 1
GET IT NOW 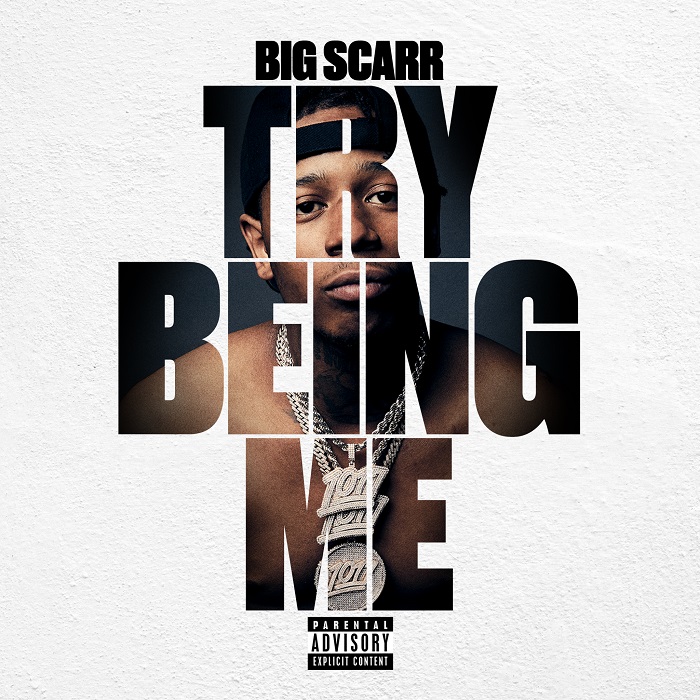 Try Being Me
GET IT NOW 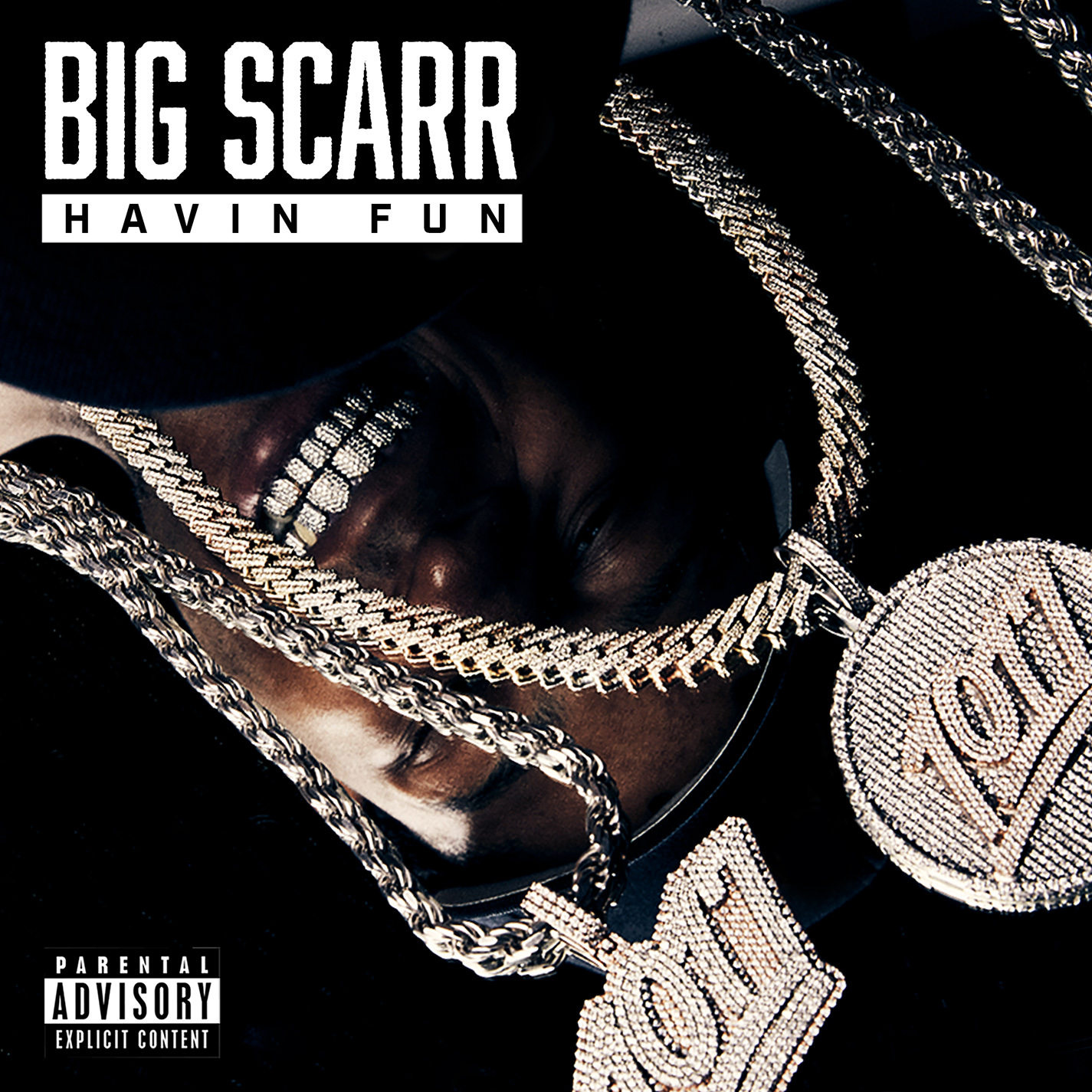 Havin Fun
GET IT NOW 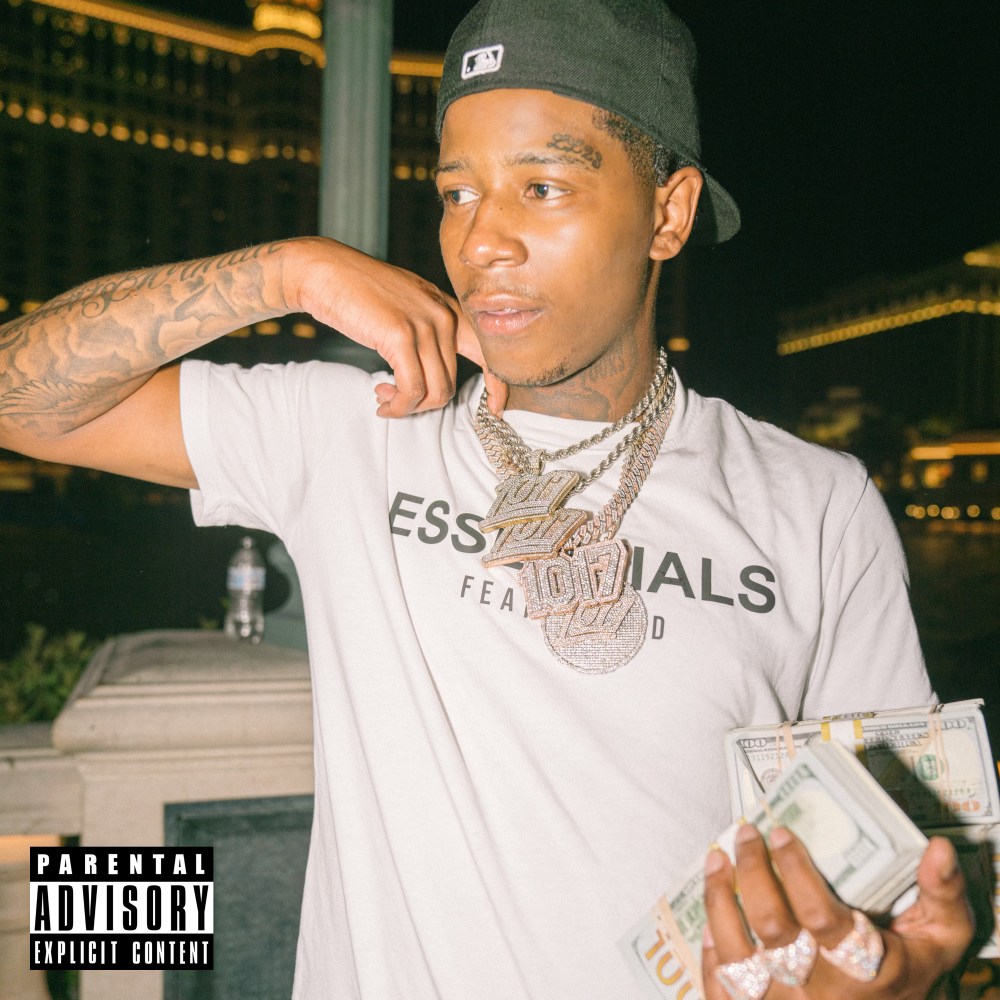 First Time In Vegas
GET IT NOW 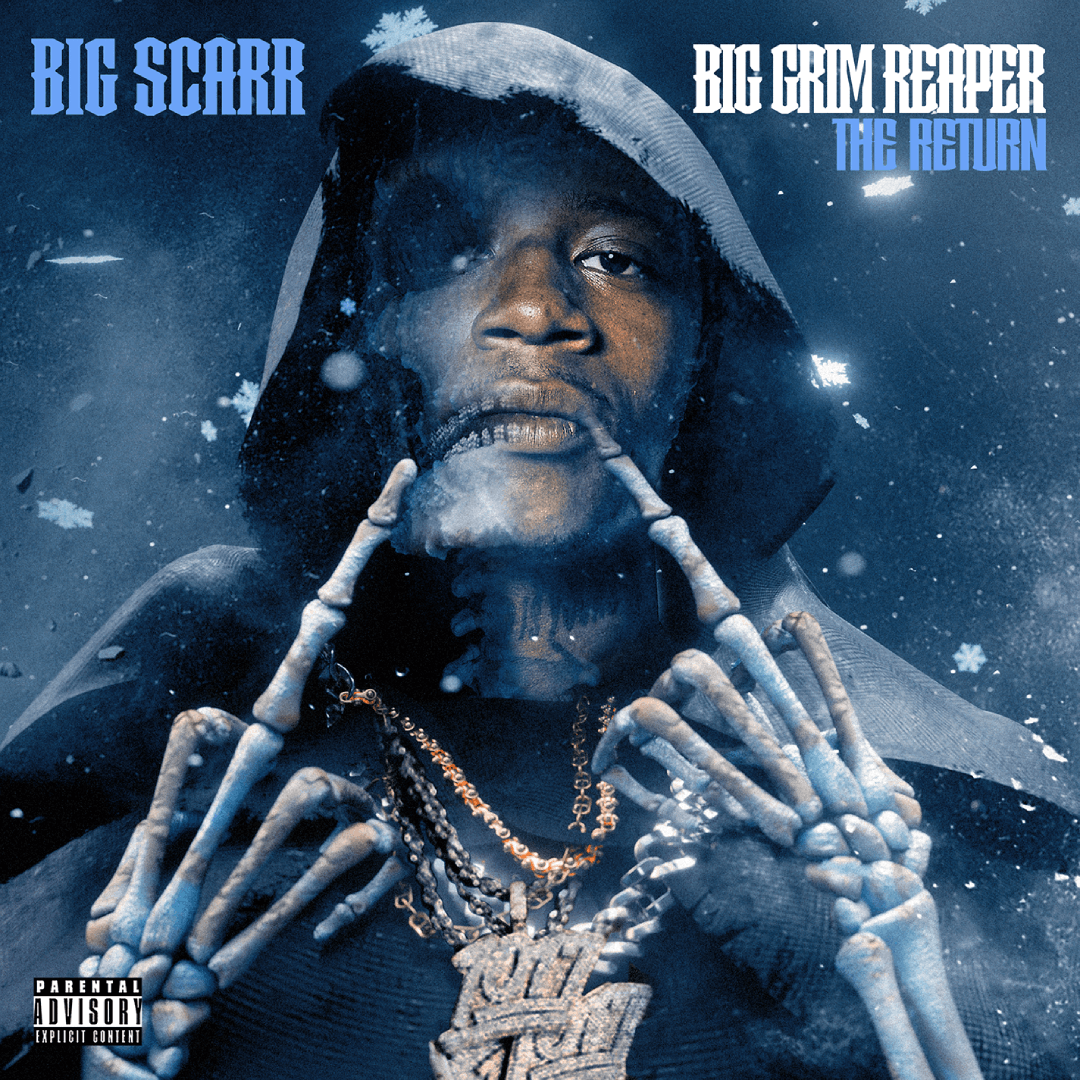 Big Scarr & Quezz Ruthless - Bacc to Bacc
GET IT NOW 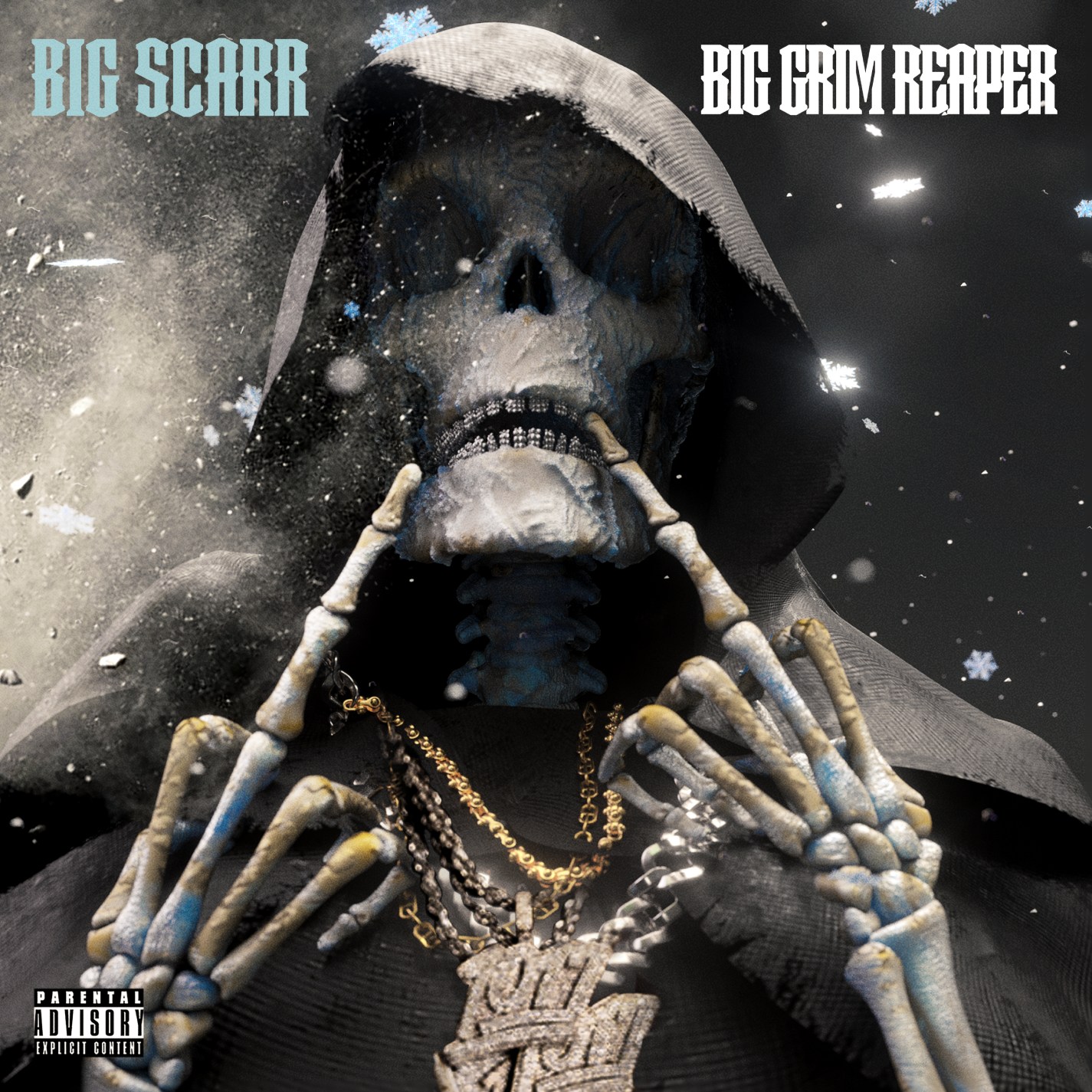 Big Grim Reaper
GET IT NOW 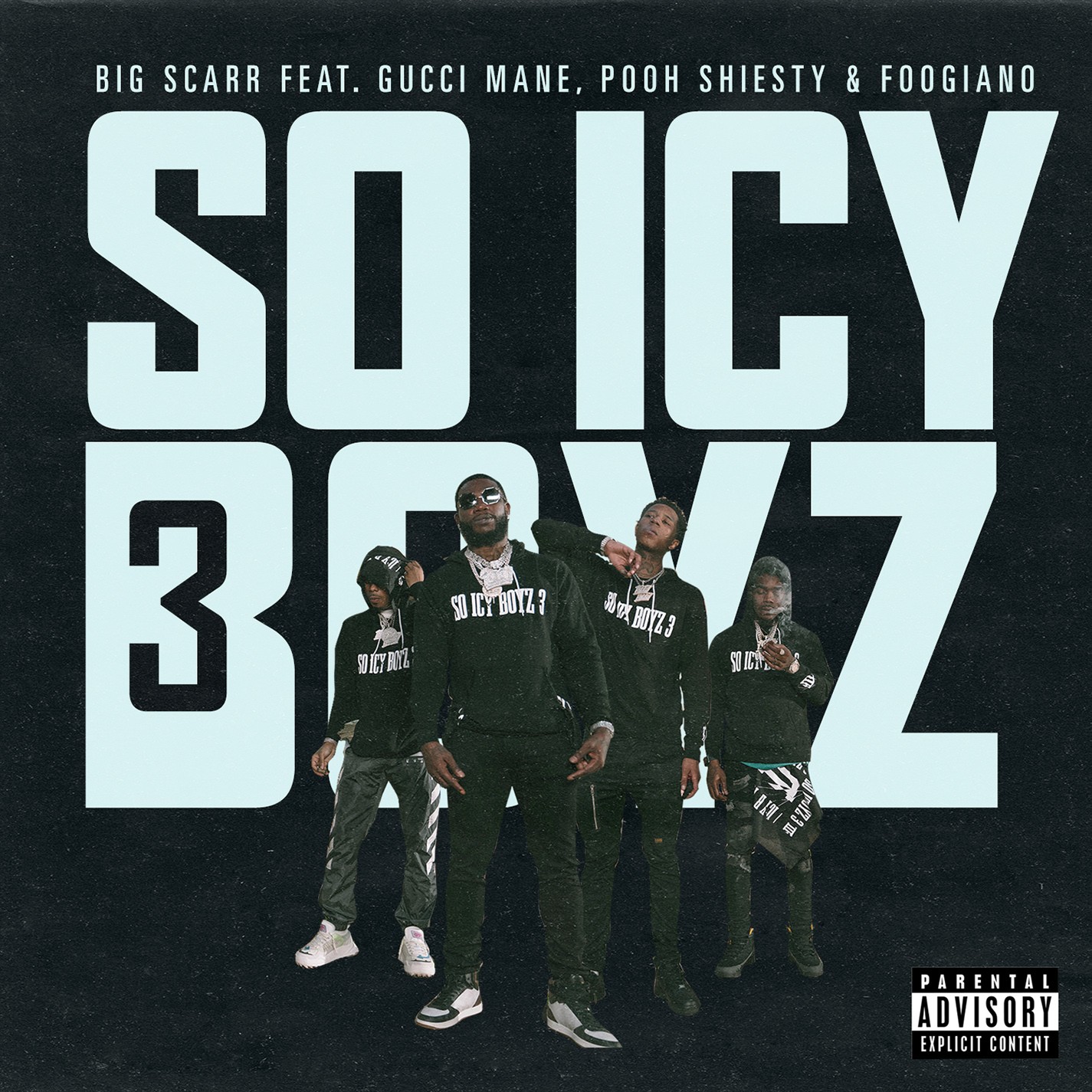 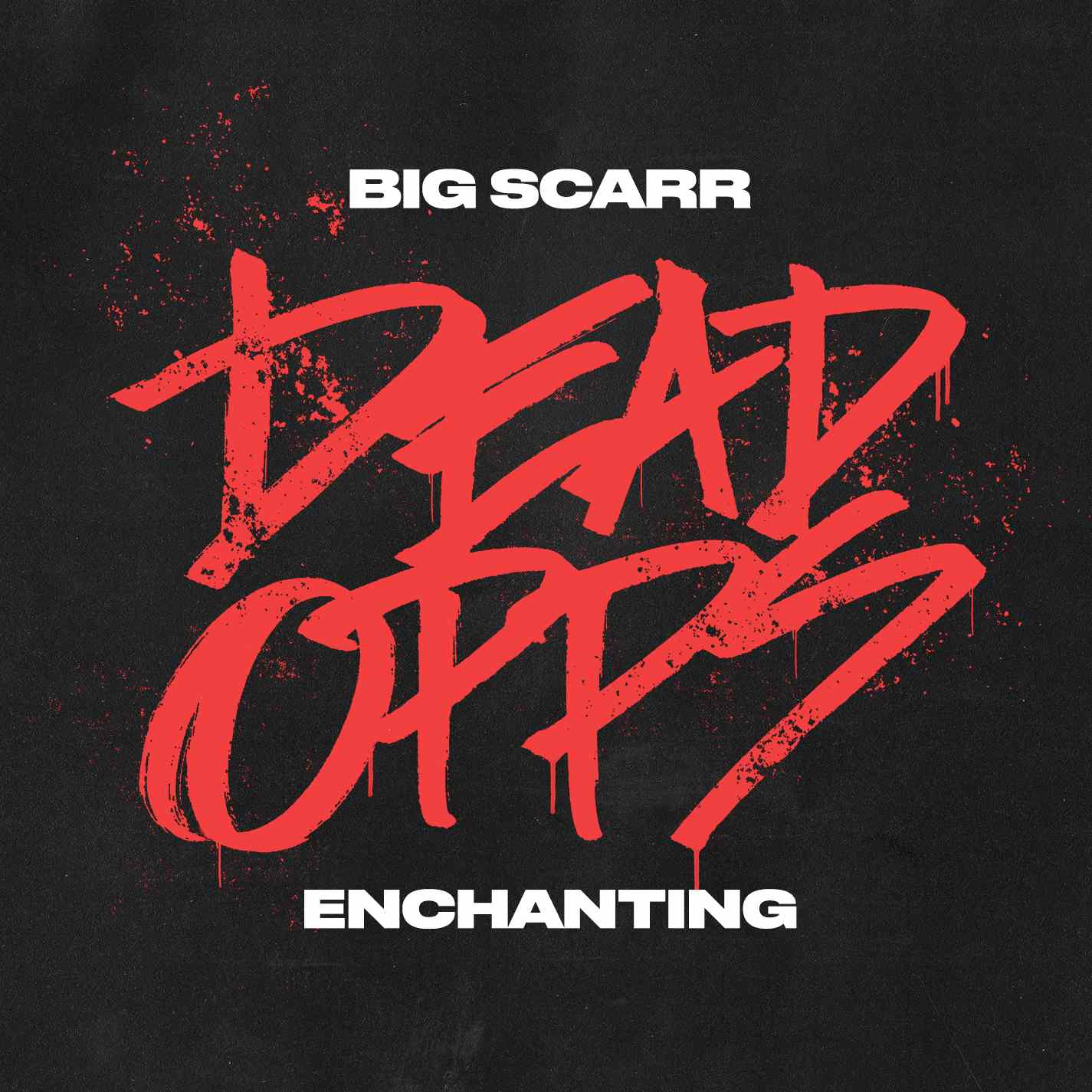 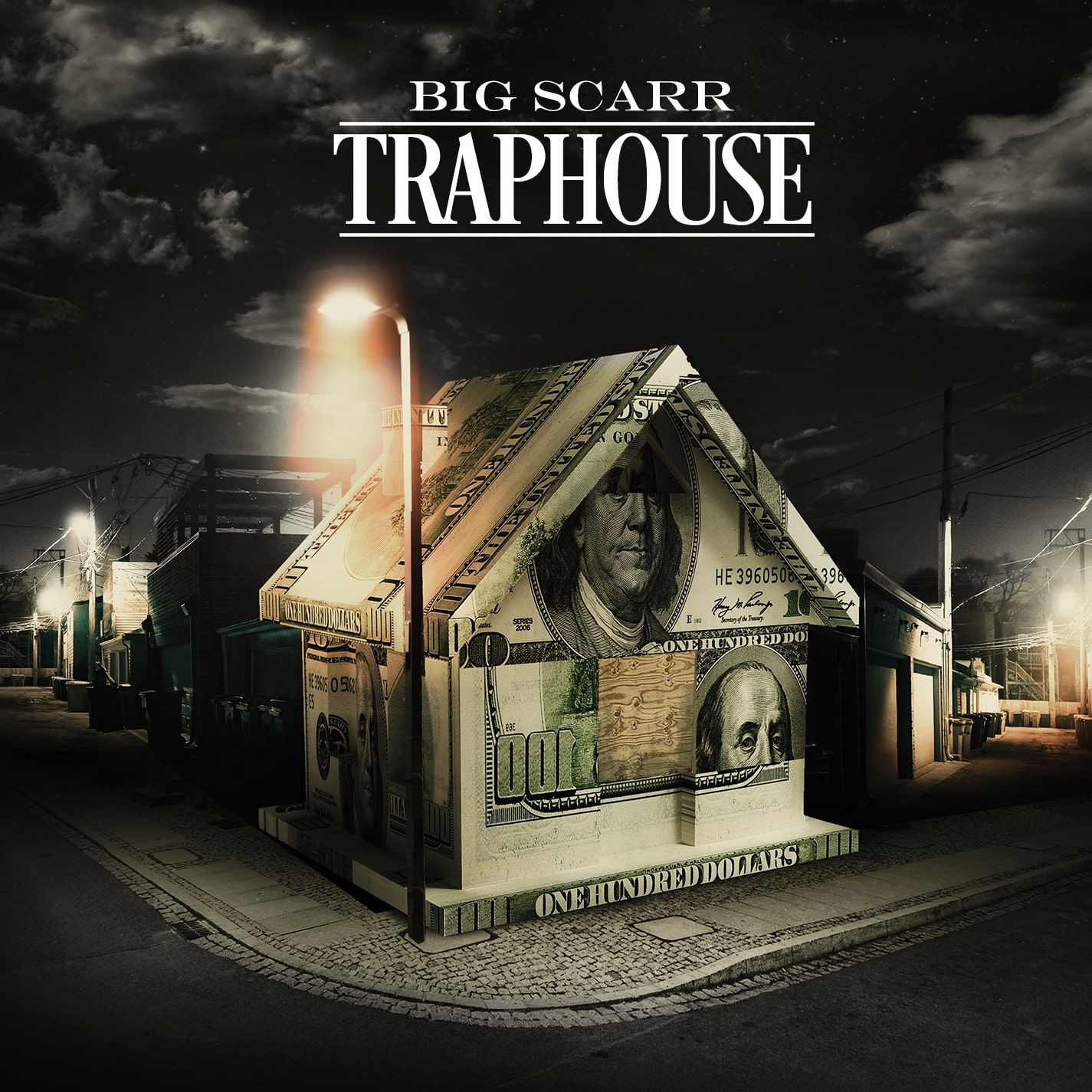 Traphouse
GET IT NOW

I Would Keep Goin
GET IT NOW 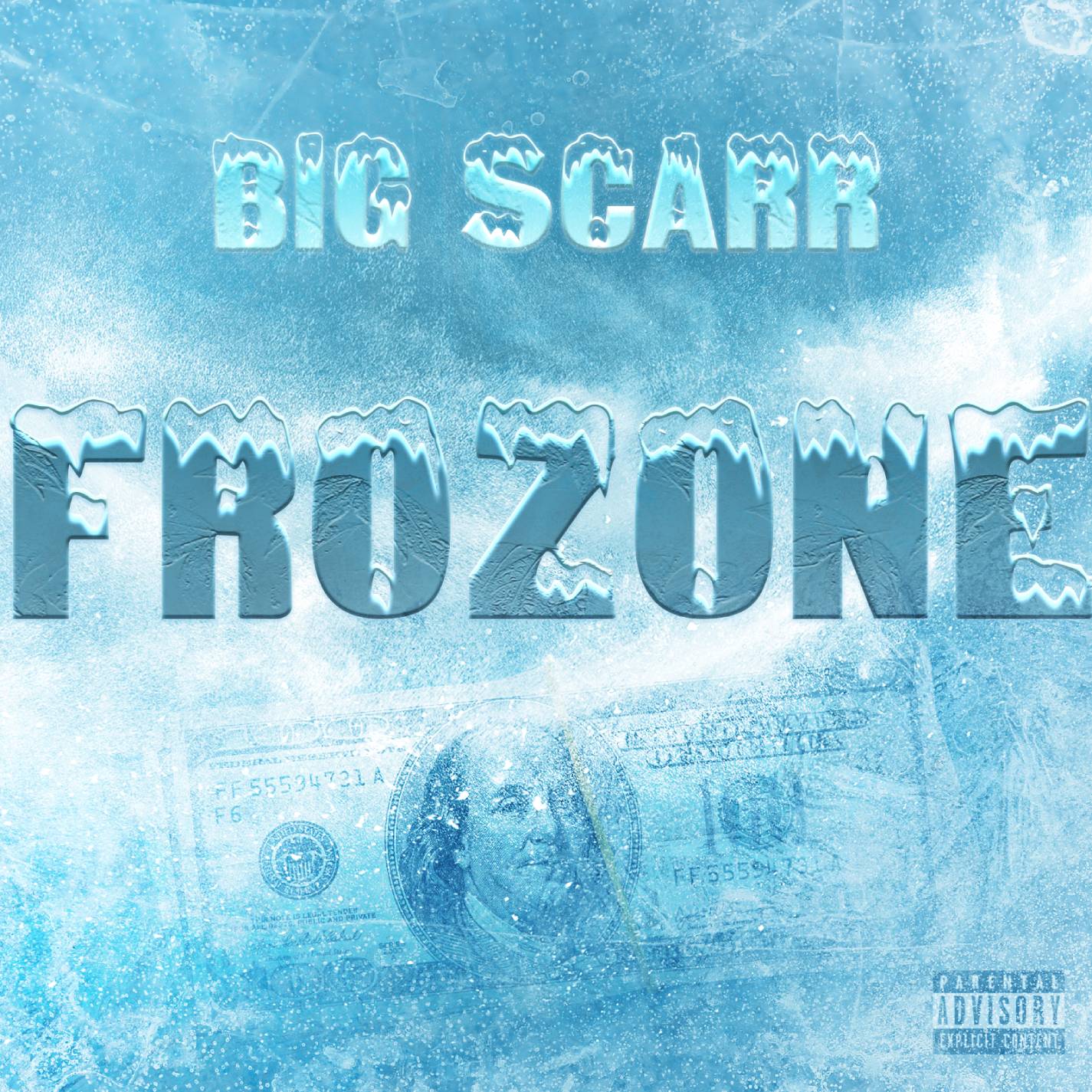 Frozone
GET IT NOW 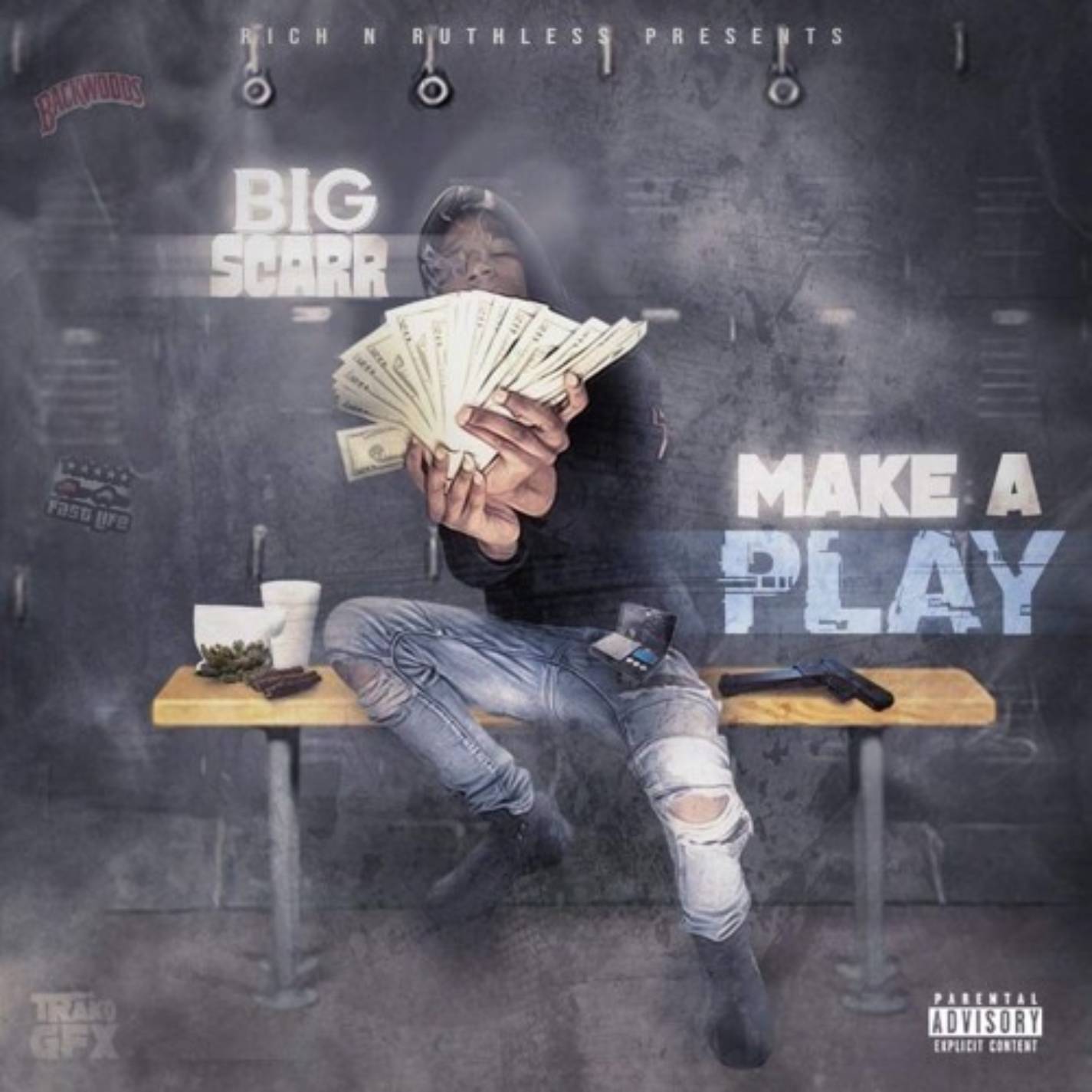 Make a Play
GET IT NOW 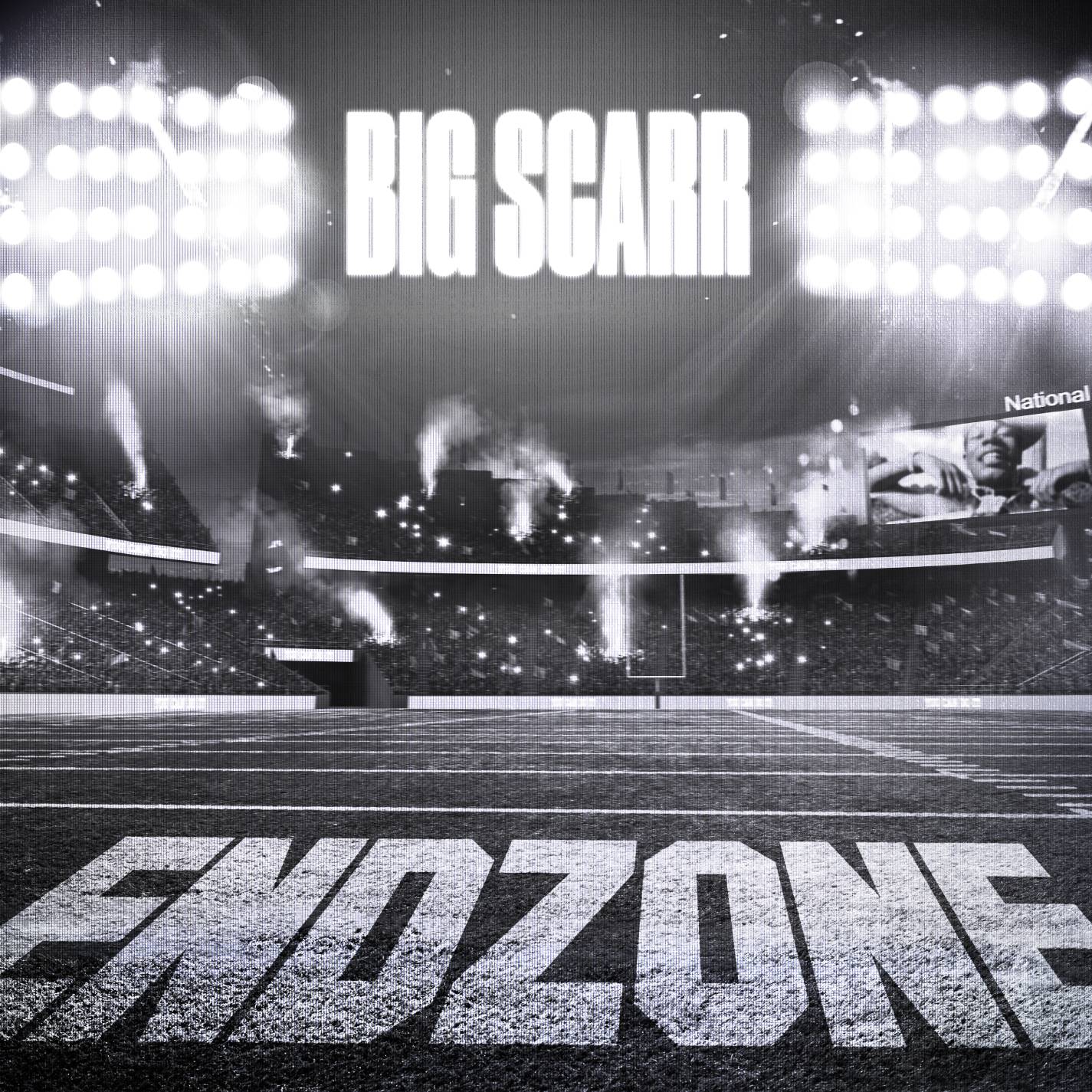 By submitting my information, I agree to receive personalized updates and marketing messages about Big Scarr based on my information, interests, activities, website visits and device data and in accordance with the Privacy Policy. I understand that I can opt-out at any time by emailing privacypolicy@wmg.com.

Videos
Tour
MerchSHOP ALL
about

Scars shape us. They remind us of our toughest times. They tell our stories. Big Scarr may carry the marks of life’s trials and tribulations on his face and body, but he emerges from those tragedies triumphantly. Since his debut, he’s locked down a deal with Gucci Mane’s The New 1017/Atlantic Records, posted up nearly 300 million YouTube views, and been named to XXL’s 2022 Freshman Class. The Memphis rapper speaks on his life without fear or filter on debut mixtape Big Grim Reaper. “It’s rough out here,” he exclaims. “What I’m rapping about is what’s going on where I’m from. It’s the slums. It’s the trenches. It’s the hood. It’s tough. It’s real.”

One of nine kids, he grew up in the Magnolia neighborhood of South Memphis. He lived with his grandmother until the age of thirteen. After she passed from lung cancer, he moved in with his father. Dad unlocked invaluable knowledge to navigate a dangerous world.

“Real talk, my dad showed me how to be a man,” he admits. “He was in the streets, but he was still always able to take care of me and my brothers and sisters and make sure we had what we needed. Everything I know I learned from him—the streets, how to be disciplined, and about God. That’s my dawg right there.”

Along the way, Big Scarr faced this environment head-on. At 16-years-old, he endured an intense car wreck. After flying through the windshield, he walked away with scars on his eyes, nose, and the whole side of his face, inspiring his chosen name. Trouble still followed though with a near deadly shooting in 2020. He caught a bullet in the hip, yet it traveled up into his chest…

“I was moving, so the bullet kept moving too,” he recalls. “The doctors had to split me down the middle to save me. My insides got messed up, and they had to remove my appendix, so I could walk again. I recovered and bounced back way quicker than I thought though.”

Nevertheless, his music has generated serious heat. He started to rap with encouragement from a day-one friend. A fiery freestyle powered his first-ever single “Make A Play.” Upheld by gruff flows, robust rhymes, and dynamic hooks, the intense music video has generated over 11 million YouTube views. Blown away, the icon Gucci Mane signed Big Scarr.

“It ain’t no question Wop is a legend,” he goes on. “He’s my momma’s favorite rapper. We used to ride around in the car listening to him. It’s crazy I’m signed to him now.”

Maintaining this momentum, he joined Pooh and Foogiano for “SoIcyBoyz” on the blockbuster compilation Gucci Mane Presents: So Icy Summer, and later “SoIcyBoyz 2” and “SoIcyBoyz 3.” The project would be plugged by the likes of Complex, UPROXX, and more. SoIcyBoyz 1 and 2 have racked up over 65M video views to date. Singles “Endzone,” “Frozone,” “I Would Keep Going,” “Trap House” and “Dead Opps” set the stage for his debut Big Grim Reaper mixtape, also earning Big Scarr more than 1.3 million current monthly listeners on Spotify.

2021 highlights include peaking at #1 on Rolling Stone’s Breakthrough 25 Chart, and earning his first RIAA certification with the Gold “So Icy Boyz 2.” Big Grim Reaper hit #1 on Billboards Next Big Sound chart, #25 on the Billboard 200, #3 on the Apple Music Hip Hop Chart, and became a Top 10 trending album on Audiomack among other chart placements.

By embracing his scars, Big Scarr gives hip-hop one of its realest stories out there.

“I don’t want anybody to get the wrong image or anything,” he leaves off. “I just go in there and say what I live. What you’re hearing is exactly who I am.” 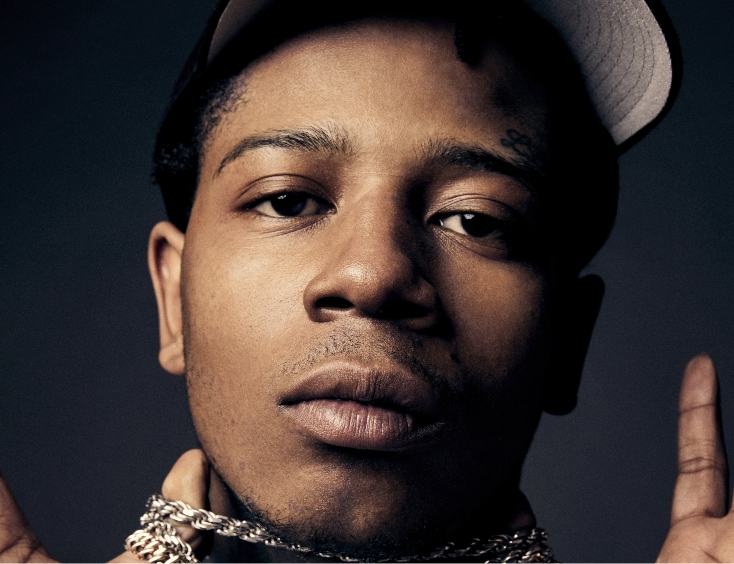 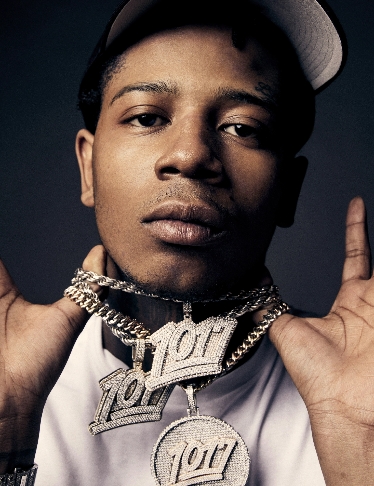